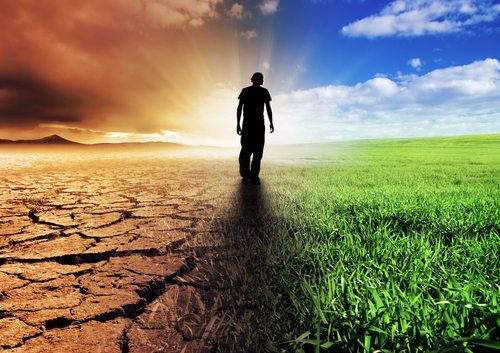 A political proposition for you:

This is the tension between fundamentalists and civil libertarians, between the Pope and many modern-day birth-control-using Catholics, between Senator Exon and Newt Gingrich. It all stems from the unfortunate history of human cultural evolution… and it is about to boil over.

A facile but convenient description of the three phases of human cultural history:

Modern – In the “modern” era, the Western world discovered that there were indeed many other cultures on the planet, and that all of them saw the world differently, and had divergent faiths about how to live. Yet this awareness did not imply, to the modern mind, that Western culture itself was deficient–only that these other cultures were misled.

Postmodern – Over the course of this century, the assumption that the West’s culture is in fact fundamentally more legitimate than others has come under fierce attack. Increasingly, it is apparent that Western cultural background is as based on myth and legend as many another, and that not all aspects of Western culture are preferable on their own merits. This awareness, that there is no single cultural milieu which is guaranteed to be best in its entirety, is perhaps the essence of post-modernism.

What is unfortunate about all of this? Primarily the fact that it has all happened so FAST. It took hundreds of thousands of years for humanity to evolve to the stage I glibly term “premodern” above. From there to modernity was only a few hundred years. Postmodernity has only surfaced in the last few decades. These cultural changes are happening much more quickly than we are equipped to handle.

In writing the list above, I realized I was talking about the West as though it were the main arbiter of modernity. This is not because I believe the West really does have a hotline to cultural supremacy, but because I am most familiar with these issues from the Western perspective. The post-modern transformation, though, is supranational; it affects all cultures which were hitherto secure in their own beliefs.

Another way to think of post-modernity: it is the awareness that we create our culture, that who we are is determined in large part by what we are told and what we believe. This awareness is inextricably tied to the knowledge that we can choose to shape our culture.

The Paralysis of Freedom

We humans have never had to come to terms with our ability to change our culture, our world-view, before. Most social forms worldwide, up until just the last few centuries, were relatively socially stable. Most conflict was between established world-views battling for dominance. It was thought that truth inhered mainly in scripture, in holy writ, rather than in the thoughts of other humans.

This leads directly to the panic we see today at the possibility that we might develop new beliefs. Many people seem to think that if you do not do just what God always wanted you to do, or just what your family or community always thought was acceptable, that you will instantly find yourself without a moral compass. For these people, security comes from strong, unchanging beliefs, grounded in faith.

The thought that other possibilities might exist, and that these possibilities might have something to offer, can be profoundly disturbing to such people. It can literally shake their world–the very foundations of their life may be called into question. Even the questioning is perceived as an attack.

The Possibility of Potential

The postmodern view can be nihilistic or creative. It is easy to think that all systems are crap, but it’s not so. The more exciting possibility is that we can shape our beliefs to better suit human ability.

There are commonalities in human experience which can guide us to a new moral code. We can draw on what our myths and beliefs tell us about ourselves and about the world, while integrating new understanding about who we humans are.

Some of the tenets I consider candidates for this new understanding:

Basic respect for others’ lives and property. Thou shalt not steal, rape, or kill. These commandments have their grounding in our nature as free beings, able to go our own way only if no one prevents us.

Personal freedom. The ability to live life as you choose, as long as you do not inflict harm on another, is in my view an essential component of a full and happy life.

The pursuit of creative potential. The highest aim in life is not divine sanction, nor worldly power and lucre, but flow. Everyone ideally should be able to pursue whatever best challenges and motivates them.

These values are quintessentially post-modern, being a sort of skeleton taken from many other faiths, combined with support for diversity and individuality. Many societies believe that individuality is a short road to social chaos. I believe, in contrast, that social chaos results from the removal of a community structure, and economic structure, that gave people a place to fit in. Giving people new contexts for their lives is a problem our political systems are only beginning to face. But the problem is not that people can do as they choose–it is that we have pulled the rug out from under people.

If human life is characterized by anything, it is our ability to visualize the world and then change it and ourselves to match. The more seriously we take this calling, the more potential we have to live even more wisely than we ever believed we could.