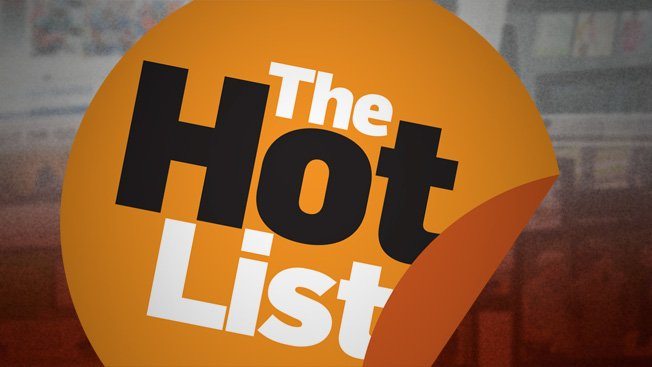 Yet Another Hotlist? Aaaaahhhh!!!! But as you may already know, links are a quick way to give something back to spiders stepping through your page. Until I actually have some more stuff worth reading, enjoy. There aren’t many commonly-known sites here; if you want something like that, go to Yahoo and surf from there.

Books come first. Why don’t more people put recently-read books on their hotlists? Or you can hop to the Magazines, Music or Links sections.

Here are some of the best books I’ve read recently. If you enjoyed any of these as well, let me know if you have any other suggestions. Good books are hard to find, and hard books are good to find. I say a lot about some of them.

Sacks’ books always give me new insights into how we humans live, and about the complex realities underlying aspects of our lives we take for granted. This book exploded many of my preconceptions about deafness. Sacks lucidly describes the true nature of sign language, making it clear how it is a fundamentally different kind of langauge, potentially more expressive than oral (aural) languages. Two amazing anecdotes: he tells of a hearing woman who learned Sign while a very young girl, and who now in old age is fluent in both; her daughter has even seen her hands moving in sleep, dreaming in Sign language. Another example: It is seldom possible for adults to learn fluent Sign; some subtle aspects of the complex, visual motions of Sign are not learnable. But if parents who hear have a deaf child, and learn Sign (albeit imperfectly) to teach their child, the child will learn fluent, perfectly grammatical Sign from them. It appears that the brain understands Sign implicitly, on a very deep level. Many more insights are here present on the role language plays in making us human. Fascinating.

Weinberg is one of the most lucid writers I’ve found on the process and perils of software development. If you are a programmer, or a manager of programmers, it’d behoove you to read this book. End the tyranny of crunch mode!

The scientists strike back! Some of the most compelling ideas about life in this universe are emerging from the scientific community as it publishes its discoveries in lay terms. The world’s intellectual landscape is already feeling the reverberations, and this book is a call to arms. Check out Brockman’s website or this Wired article.

See my bit about flow.

Maguire has been in the trenches. You will likely wince at all the times you’ve committed the sins Maguire unerringly identifies. Quality software is a challenge; know the tools that can help you meet it.

A really great series of case studies, of Klan gatherings, white supremacist leaders, and typical followers. This book makes it clear that racists are real people, that they are much more complex than the stereotypes we have of them, and that the movement has deep and fundamental roots in American society. By turns chilling and illuminating.

A really good source for a non-American take on world affairs. Economically stuffy and conservative, but quite socially liberal and clueful. Excellent writing; some turns of phrase stay with you.

(1999) Sadly, I’m not even keeping up with the Economist anymore. The Web is taking care of my day-to-day news jones and I am finding myself focusing more on actual books than on the relatively ephemeral Economist stories. Still sooner or later the worm will turn and I will find myself digging through the fifteen or so stacked up back issues….

What have I been listening to lately? Oh, hmmm….

The latest Underworld album.
The new Coldcut.
A local ambient band named Perfume Tree.
Counting the days until the next Orb album comes out.
Yes, I admit it, I like the Chemical Brothers.
Basically any funky electronica I can get my hands on.

The Orb, mainly Live ’93. Very fine space thought music.
Morphine, Yes. These guys put out a serious groove, smoky and sensuous. I dig it in a big way.
Nine Inch Nails. Trent Reznor, god of angst and power chords.
King Crimson, Thrax. OK, so I lay on my back with friends in high school, spaced out and listening to King Crimson. OK, so I still like their stuff. It’s OK, OK?
Broun Fellinis. I heard these guys play locally about two and a half years ago, became an instant fan, and am somewhat disappointed with this album. I think they have more zap playing live.
Alphabet Soup, Layin’ Low in the Cut. Some pretty swingin’ jazz with powerful hip-hop above, and again, they’re even better live.
Nirvana Unplugged. Yes, I waited until he was dead to realize Nirvana was actually a good band. Bleh!

I got rid of my old links because, y’know, they were mostly either broken or a few years out of date. Sad but true.

Salon
Slashdot
Various gaming sites (I don’t play all that many computer games, but I like keeping up with the happenings.)
The major news sites

Some other random links:

Pretty boring, eh? But I find myself doing a lot more reading off the web than on the web these days, which is good, I think.